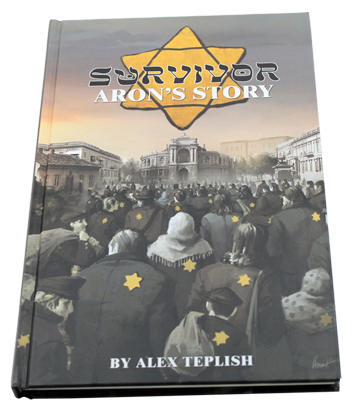 The first part of this book shares Aron’s experience of living in Odessa, Ukraine (part of the former USSR) and his survival as a teenager under the Romanian/Nazi occupation during WWII. Aron’s story, visually depicted here in the graphic novel form, allows us to experience the events first hand, through the eyes of young Aron himself, while learning about one of the least documented episodes of the Holocaust. The second part of the book delves deeper into the history of the Jewish Diaspora, connecting this historical background to the roots of Jewish persecution, World War II, and the Holocaust. 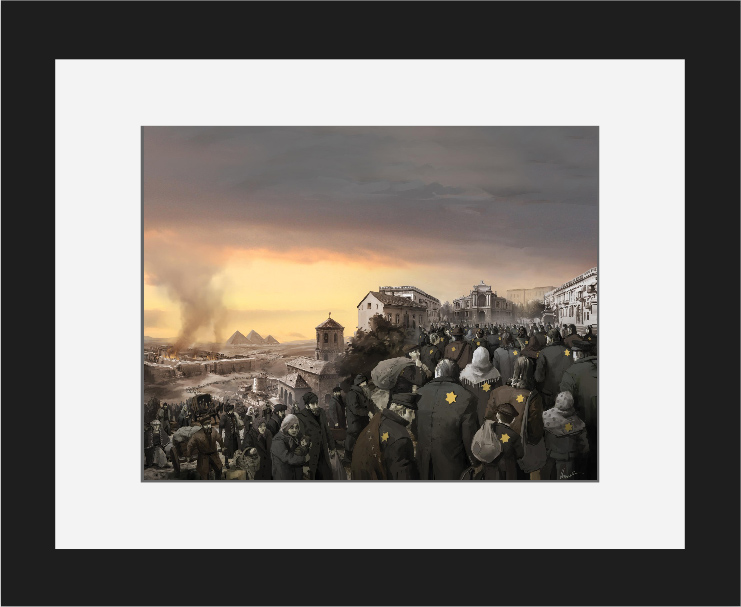 Unique art titled “Jewish Survival Through the Ages” from the cover of the hardcover book, “Survivor : Aron’s Story” as an 8X10 print in a 11X14 frame.